You’re drawn to the dairy aisle and can’t resist the subtle call of provolone, mozzarella or gruyere. What gives?

A recent study from the University of Michigan reveals what you may have already somewhat suspected: Cheese is addictive!

Measuring participants’ cravings using the Yale Food Addiction Scale (yes, it is indeed a real scale that actual researchers use), the study found that cheese got top honours when it comes to food cravings.

Why is cheese more craving-worthy than other foods? It contains casein. Well, of course that’s it! Casein! If you have no clue what casein is or why it makes you want to eat cheese in mass quantities constantly, here’s the answer – it’s a chemical (found in dairy products) that triggers the brain’s opioid receptors. In other words, it gives you a euphoric feeling, much like hard drugs do for addicts. Yikes!

So, are you really a cheese addict? As it turns out, possibly. The researchers set out to find which foods had drug-like addictive qualities. It’s no surprise that highly processed foods shared the most similarities with hard drugs. Along with the casein protein, the way that some foods are processed impacts the addictiveness. In the first part of the two phase study, high fat foods were most often associated with eating behaviors that could be considered ‘addictive’.

Think about what you, or your kids, chow down on with wild abandon. A cheese-packed pizza is all-out crave-worthy for most. But, what about an apple, an orange or a hefty serving of kale? Even though raw fruits and veggies are healthy and have benefits galore to the body, the typical child isn’t waving her arms whining, “But mummy, I have to have more leaf spinach right now!” 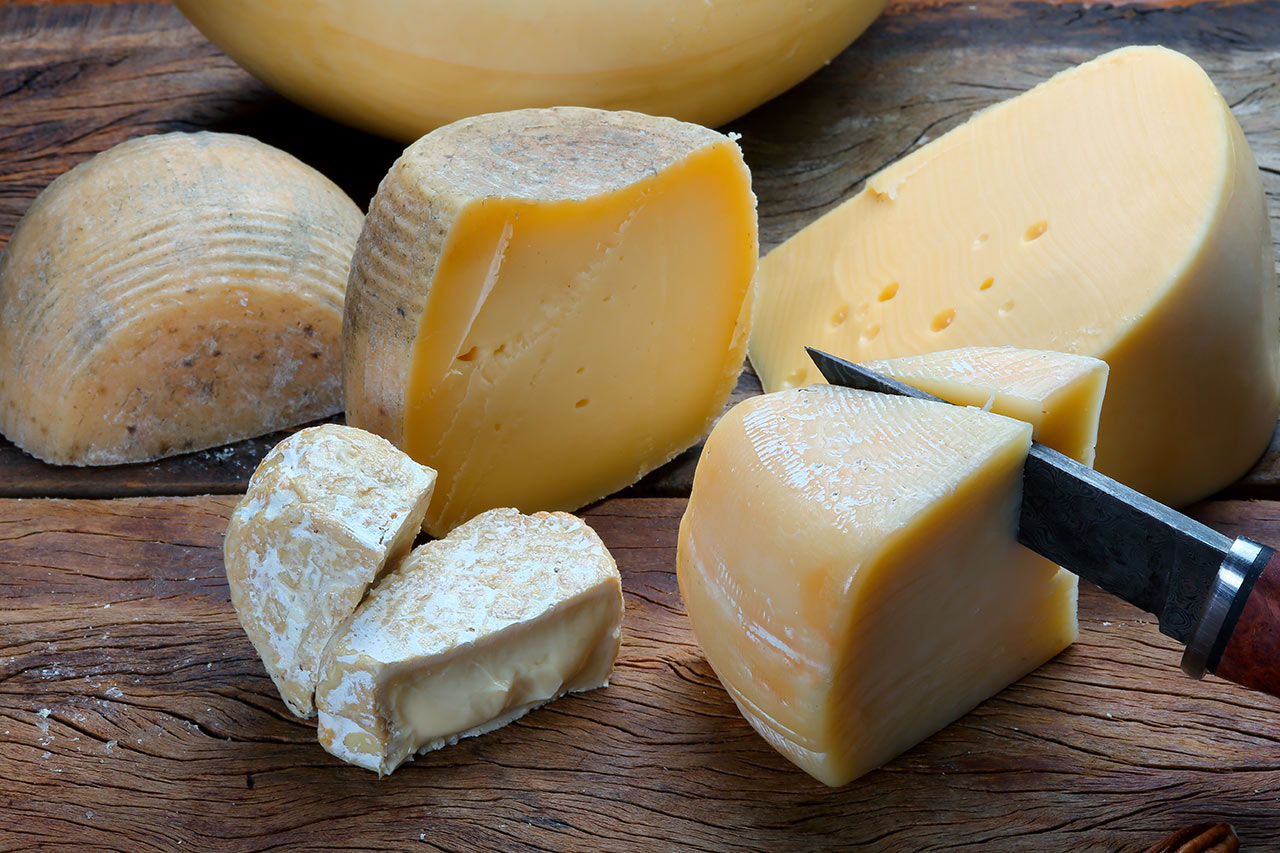 Can we really help but be addicted to full-fat cheeses? According to this study, it’s a chemical thing. As the casein protein breaks down during digestion it releases casomorphins. Sound science-y? It is. But, at it’s most basic – the casomorphins are the culprit for producing that joyous feeling that you constantly crave.

If cheese is so very addicting, how much of it are we actually eating? According to Dairy Australia, cheese consumption is currently calculated at 13.6 kg per person (for 2014-15). Even though the University of Michigan’s study found that pizza cheese was the prime addictive variety (at least, the participants rated pizza as the most desired food), 55 percent of all cheeses consumed in Australia are cheddar.

Now you’ve got an excuse for drenching a plain old potato with cheddar or smothering an unsuspecting piece of whole wheat multi-grain bread with layer upon layer of ooey, gooey melty yellow and golden goodness. Right? It’s not your doing, it’s that darn opioid-like action of the casein. How could you possibly be expected to not crave, desire or long for cheese now that you know it really, truly is addictive? Keep in mind, even though the proteins take a chemical route that is much like the one that hard drugs follow, its also the fat, sugar and processing that makes you go craving crazy.

Cheese certainly isn’t the first food to have science validate its addictive action. In 2013 Connecticut College announced that an undergraduate research team found that Oreos were as addictive as cocaine. Yes, we all adore the cream-filled chocolatey cookies. But, are they really as addictive as cocaine? In the study, rats preferred the cookies to bland, stuffy rice cakes. And who wouldn’t? Even though the connection between cookies and cocaine was sketchy at best, it did confirm what we could have already guessed: Oreos are super-tasty. Even rats think so (or at least they prefer them to styrofoam-like cakes that are pretty much devoid of any flavor whatsoever).

Whether you can’t pass up that cheese plate, stuff the double-stuffeds or are a slave to Swiss, some foods are more addictive than others. What does this mean for you and for your kiddos? That depends. You could look at the research on food and addictive qualities as a get out of jail free card when it comes to dairy delights. Or, you could take caution and think about which foods to avoid. In any case, science has validated your cravings and given you an excuse to chomp on the cheddar.