Even though it’s typical seen by many as a mum-only event, dads are getting in on the baby shower action too, and rightly so! Why shouldn’t they celebrate their promotion into fatherhood just like we do?

Don’t believe me? Check out Pinterest and see just how many pins there are for man shower or a similar title. You’ll find plenty of ideas for this type of male-centered idea.

So what exactly happens at a dad-chelor party?

Based on popular pins it would seem that these pre-baby parties include male-centric gaming fun (ie, poker), some sports, a meaty barbecue and of course – beer, beer and more beer.

There are dress-up games.

You can practice your nappy skills…

Don’t forget about the ‘manly’ (ok, maybe not so manly) invitations. 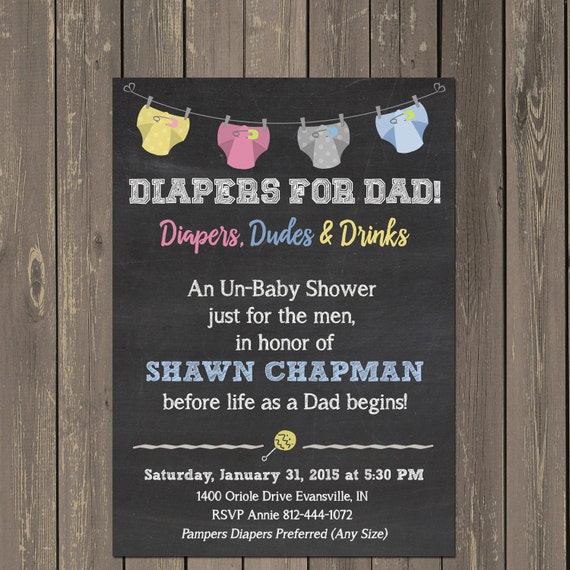 And, play some ‘drinking games’.