We’ve been through the roller coaster ride of pregnancy. We know about the swelling and the sweating, the hunger and the hormones, the tears and the tiredness.

A bunch of dads-to-be headed to social media to share their take on what it’s like to live with a pregnant wife. And they manage to capture the craziness, the complications and the cravings perfectly!

These hilarious pics almost make you feel sorry for the husbands. Almost…

Join us as we count down our very favourite #pregnantwife problems, brought to you by terrified husbands around the world.

1. “I saved you some guacamole”

You gave her your seed, husband. It’s only fair that she gives you one back…

I left you some guacamole in the fridge, says my wife. #pregnantwife pic.twitter.com/42fiUrt7bp

2. When cheese is life

Don’t even think about removing the massive bucket of balls…

I don't know if we have enough pickles you guys!! #pregnantwifeproblems pic.twitter.com/3VSBlQ9WSY

Seriously, don’t come home unless you have an entire “buttload of cereal”. 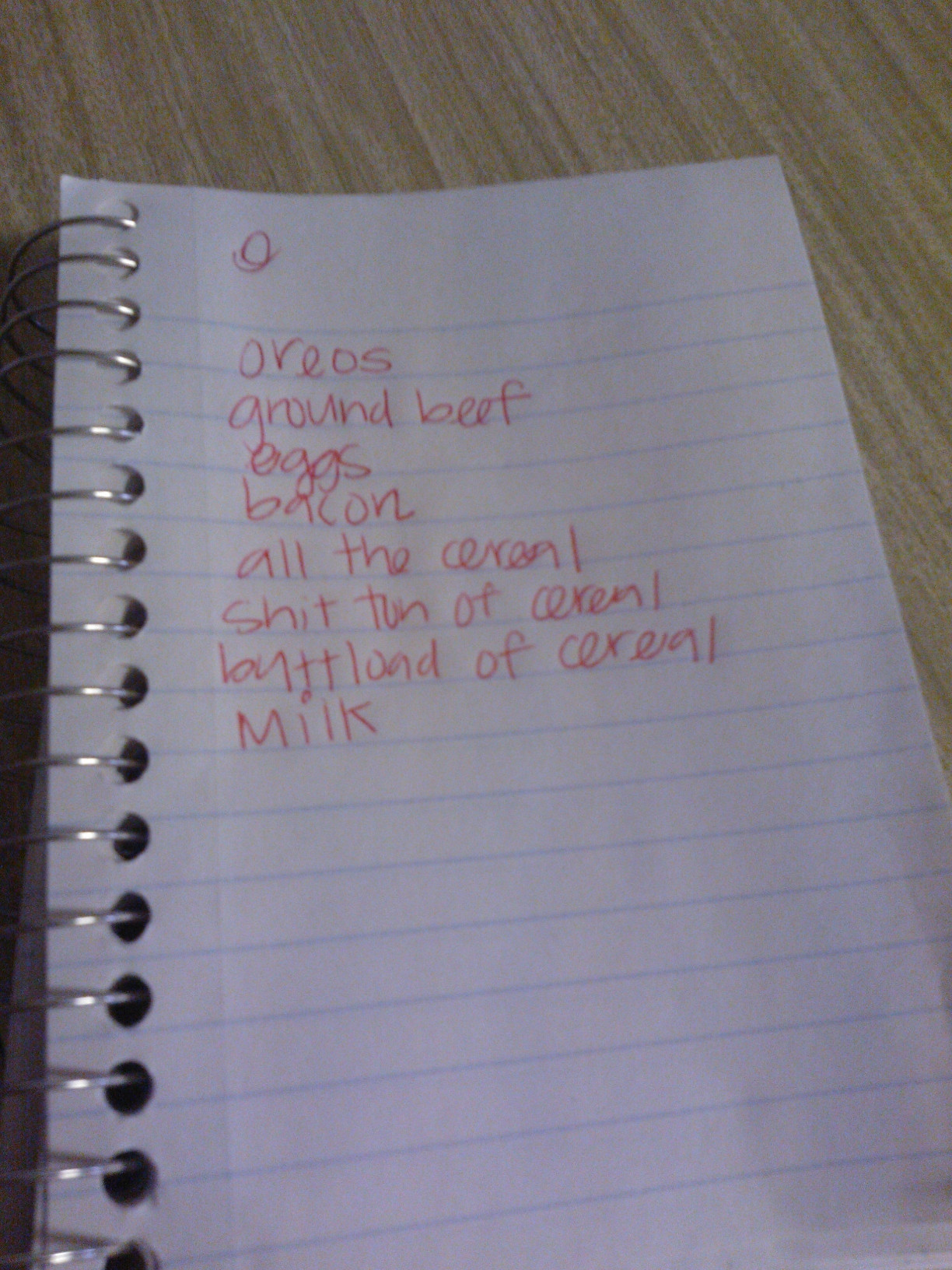 5. Saved by the cake

An apology cake – pretty much a given when you’re living with a pregnant wife.

Yes, it’s perfectly acceptable to get into a heated debate about cheese. Pregnant or not.

Pregnancy is fun. Sometimes we watch him kick and sometimes we argue about the diff. between white and yellow cheddar #pregnantwifeproblems

It’s also perfectly acceptable to threaten to harm your husband. In purple gel pen, no less.

“Sorry, I have to leave early today. There’s an emergency at home. My wife can’t take off her shoe.”

Another ‘skill’ to add to the resume, husbands.

Sooo my wife just sent me a calendar invite for each piece of our bedding she wants me to wash… I'm proud and terrified. #PregnantWife #pregowifey #35weeks #dadsonit #dadondemand

Bring this girl a taco, dammit!

Cause of nausea during pregnancy: Rising hcG levels. Heighten sensitivity to smells. And husbands who breath too heavily.

This is the quote I woke up to…
"Can you turn over and face the other way? Your breath is making me nauseous."#PregnantWifeLife

Husbands. If you’re getting food for yourself, play it safe and double the order. ALWAYS.

14. Don’t mess with the store layout

Even if you happen to work there.

She confronted @Target employee bc they rearranged the store, couldn't find candles.

I saw real fear in his eyes.#pregnantwife

15. Message on a lightbox

But our winner has to be this completely calm and collective mumma-to-be, who discovered a way to share her thoughts AND make good use of her lightbox. We are especially loving the heart symbols. So sweet!

Multitasking at its best.

These Autocorrect Fails are Too Ducking Funny Not to Share

A Must-Read Letter to all New Dads: ‘Dear Daddy, I See You Too’

The Face Masks that Were Literally Made for 2020