Saving sexy time for Christmas has long been a joke among couples, but it turns out there could be some truth in the special occasion shag.

The Australian Bureau of Statistics (ABS) has just revealed that September is the most common birthday month for babies. That’s right, September, nine months after Christmas.

And which day in September is top of the birthday pops? According to the new ABS research, which analysed births from 2007 to 2016, September 17 is the most common days for babies to be born. Although the stats didn’t say how many of these were post-Christmas party!

And 24 September and 1 October – exactly 39 and 40 weeks after Christmas Day – are the joint-fourth most popular days to give birth.

At least some of you seem to be keeping warm in winter though. April 8 and February 12 also make the top five birth dates.

Check this chart below to find out EXACTLY how popular your child’s birthday is with other Aussie kids. 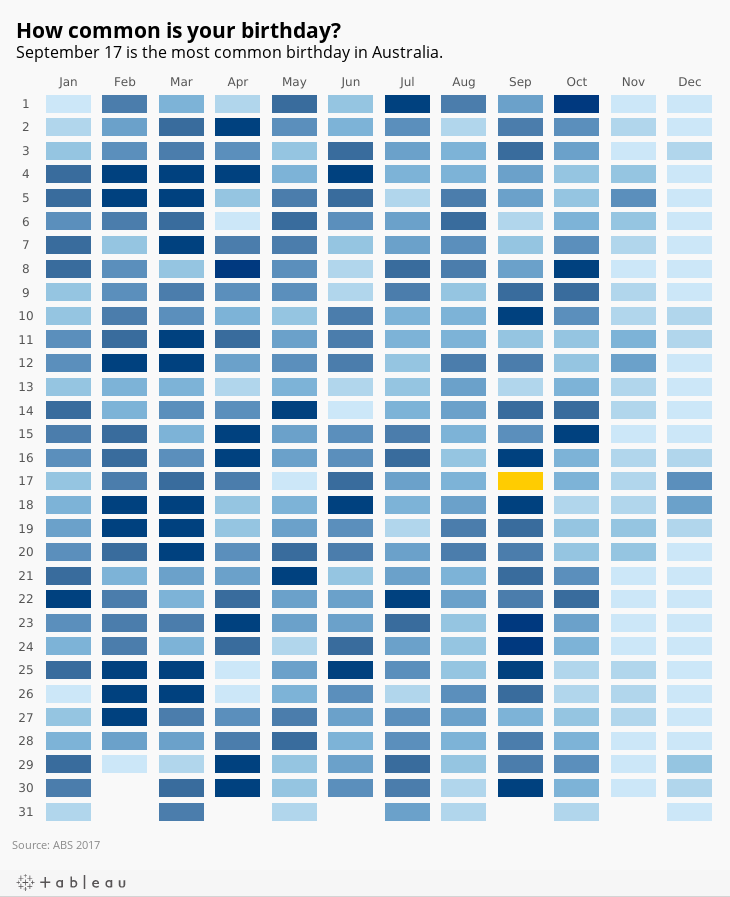 But if you’re pregnant and about to pop, fear not! At the other end of the scale Christmas Day, Boxing Day and New Year’s Day all make it into the five least common days to be born, much to your midwife or doctor’s relief, we’re sure!

In fact, according to ABS Director of Demography Beidar Cho, it’s the doctors putting the mozz on public holiday arrivals.

No babies today, thank you

“More babies are likely to be conceived around the Christmas/New Year holidays, resulting in more babies born in September and October. Fewer babies are born on public holidays – possibly a result of doctors scheduling deliveries on non-public holidays,” Ms Cho says.

Unsurprisingly, the elusive 29 February is the least common day to be born. You’ll need to wait another year and a half to conceive if you want to hit the next leap year in 2020.

So if you’re looking to make a September baby, it’s time to get busy. Make sure to read our top sex tips for making a baby!